Anyone who knew me back in the 80s is probably freaking out right now saying, “Wait a minute.  Stacie and heavy metal? Is this some kind of joke?  She was sooooo Hazy Fantazy/Wang Chung/Falco.  But metal?  Paaleeeassee.  Total poser.”

But little do you haters know that beyond my inclination to dig music sung by dudes in clown suits with asymmetrical hair and way too much blue eyeliner, I actually rocked, on a quasi-daily basis, white man’s overbite-style with one arm raised and flailing in the air, head banging to the beat.

Like most of my friends, I was a latchkey kid (don’t judge me or my mom…we will cut you if you do).

Do not mess around with me, my mom, or Tanya Harding.

Looped into MTV for hours and sometimes days at a time, I became a self-professed expert on anything introduced by a VJ that happened to end up in the Top 20 Video Countdown, which, you may be surprised to learn, included a lot of metal.

Fast forward to last week, when The Byronic Man gave me a shout-out for being his 666th follower (check out his site…hilarious…witty…smart…plus he has this gravatar pic that only shows half of his face?  6th grade science fair project gone wrong on the side he doesn’t want you to see in my opinion…but nobody’s ever asked). 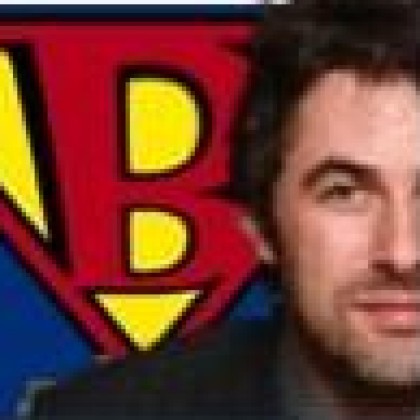 The Byronic Man. Half-man, half ?

Although I’m a little uncomfortable being identified with a number that sends the homeless guy on the corner into apoplectic hysteria and schizoids spiraling to their death, he tied it to (6)66 reasons to love 80s metal, which was cool, and maybe even genius if you ask me.

So I started thinking.  I generally like to think only after the ankle-biters are safely out the door and on their way to school, I’ve trolled around for Demi Moore Skeletor updates (she seriously needs to eat a Shoney’s Big Boy burger), and shotgunned two cups of Morning Thunder black tea.

I want you Demi Moore.

Why not avoid any heavy lifting for my post today, jump on a well-oiled Crazy Train (sorry, couldn’t resist) and add my six reasons to love 80s metal to his?

It’s easy to see why he got a rep for biting the heads off of bats.

Again, genius?  No.  Opportunistic?  Right on.  The Byronic Man is the smart person on the page.  I’m more like…. lazy.  But I’ve got a lot going on this week, so here you go: numbers 1 – 6 belong to the artsy dude with half a face, and 7 – 12 are mine.  If you like The Byronic Man’s list better, please go to his site and comment.  Everyone knows that kids brought up in the 80s have seriously fragile egos because, well, we pretty much raised ourselves.

1.  For satanic, violence-inducing music that was bringing about the downfall of society, it’s surprisingly fun and upbeat.  In the 1980’s, in the US, Satanic cults and Satanists were EVERYWHERE.  It was an epidemic just waiting to drag the nation to hell in a black cloak and eyeliner.  I mean, no one had ever actually seen a Satanist, but everyone had a friend who knew a guy who had these friends who were, like, hiking in the woods? And the came to a clearing?  And there were these, like, rocks forming a pentagram and a bunch of black candles that were still smoking?  So they ran back to the car and when they got there someone had hung a dead rabbit over their car.  I’m totally serious, dude.  Anyway, the actual music, with some distance, is mostly pretty upbeat and rockin’.  The satanic stuff is so obviously rock ‘n roll posturing and just kind of, well, silly.

2.  You can look at photos of Judas Priest lead singer Rob Halford and contemplate that people were shocked when he revealed that he was gay.

3.  There’s this great moment when Tipper Gore was testifying about the dangers of heavy metal to Congress, and she holds up Def Leppard’s Pyromania album and says, in this scrunchy, squirrelly voice, that looking at it tells young people, “Burn the building!  Burn the building!”  And that‘s just fun to say.  Try it!  See?

At worst it makes me want to start counting off “Gunter, glieben, glauchen, globen…”

4.  Seriously, have you heard the pipes on the singer from Iron Maiden?  Wow.  You could give yourself a hernia trying to sing along.  They, as a band, have also started recently putting together theme concerts based on their early albums.  A kind of thematic Cirque Du Maiden with less gymnasts and more zombies.

5.  Listening to the first two minutes to Metallica’s “For Whom The Bell Tolls” feels what I imagine it would feel like to emerge from the smoke and haze of a battlefield to see that you’d, personally, conquered the invading hordes and saved your people.  (If you’re unfamiliar with the song, it’s particularly the point after about 1:20, so hang in there)

6.  There are a lot of really cool things out there about heavy metal (even for someone who wouldn’t otherwise care) that aren’t woefully incomplete and haphazardly thought-out like certain blog entries I could mention, and which are quite interesting; Chuck Klosterman’s Fargo, Rock City (originally, and far more rockin’ly, titled Appetite For Deconstruction) for example; Penelope Spheeris’ documentary The Decline of Western Civilization part II; or Metal: A Headbanger’s Journey.  There’s also supposed to be this really interesting historical survey, but I forget the name of it and I’m too busy a-rockin’ to do any a-researchin’.

Picking up where The Byronic Man left off…..

7.  Mullets.  Any dude in the 80s who either a) drove a bright red Camaro with a self-service gun rack to school or b) consistently cut shop class to roll a fatty in the student smoking lounge or c) both, worked a mullet.  The mullet phase in fashion was just awesome.  Classy.  It was the ultimate 80s combo cut, short enough in front to please grandma and her church-going friends and just long enough in the back for street cred.  And rocking out.  To Ratt.  Or the Scorpions.  Or Night Ranger if you were into angst-infused vocals that were more pop-light than heavy.

8.  Tommy Lee and Heather Locklear, the undisputed former king and queen of 80s heavy metal.   Why say anything else when a picture’s worth 1,000 words?

9.  Vixen, the all-female glam metal band who rocked Daytona Beach over spring break 1988 (Eastern High School seniors rule!).  Everyone I knew with halfway cool parents and a beat up Volkswagen Scirocco was there.  On the beach.  Mid-day.  Rockin’ out to a band they’d never really listened to while simultaneously beer bonging a case of Keystone Light, in like, five minutes flat.

10.  You can’t compile a list of reasons to love 80s heavy metal without including midgets dancing around through a medieval town dressed like Renaissance court jesters.  Oh wait, I’m sliding off-topic and straying back toward my comfort zone, which is rooted firmly in one-hit wonder pop bands.  Sorry.  My bad.

11.  In the 80s, when I needed to chill out to MTV after mixing pop rocks and cocoa krispies for my after-school snack, I wanted nothing more than to be one of those gorgeous models doing splits and cartwheels on car hoods in deserted downtown streets.  That’s right.  I was dying to be a video vixen.  And who’s the biggest pole dancing, metal diva of them all?  You know the answer.  Tawny Kitaen.  Never mind that today she’s a crack addict who’s got like, platinum status on Celebrity Rehab with Dr. Drew.  Back then she was hot, and in Whitesnake’s Here I Go Again video she epitomized heavy metal hair bands with every overblown follicle she could find.

12.  There’s no way to honor 80s heavy metal without a separate nod to the aforementioned big hair.  Almost as much as the music, hair defined the genre.  The bigger the better, so much so that my friends and I had an incredibly hard time adhering our graduation caps to our heads.  They really had no place to go when it was time to walk down the aisle, grab our diplomas, and rock on over to someone’s house to blast Guns N’ Roses and play quarters for the rest of the afternoon.  Good times.

That’s not me. Image via coolaggregator.com

So, for those about to rock?  We salute you.  Really.  Just make sure to break out your Sun-In, hair gel and half-shirt before you do.