Trust me on this, I know.

If I could catch a ride with Richard Branson on his uber-expensive Virgin Galactic Gateway to Space, I’d easily be able to assess the difference between the two. But first I’d hit him up for drink. Specifically? A glass of 1907 Heidsieck. At $275,000 a bottle, it would help defray my ticket price while momentarily absolving me of the guilt associated with blowing the kids’ college tuition just to prove a point. BOGO at its highest and best use. 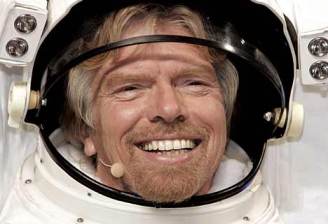 The second thing I’d do is settle in to check out the real estate, because isn’t leveraging my children’s future to see the world from a different point of view all about perspective? I imagine myself staring out the window at an earth below that looks less and less like the picture we all try to paint on a daily basis. Not so much a three-dimensional place anymore, but from way up above? A ginormous chessboard marked with clearly defined grids, gateways, and boundaries, as tiny balls of energy collide, advance, deflect, promote, dodge, gather, seek and recede in an endless effort to check the king.

Fascinated with the sparkly surface patterns of intricate motion that everyone on earth longs to be, and all happy-tingly-woozy from my six-figure, speed of sound buzz, I’d almost miss what I didn’t know I flew so high to see. Something small and seemingly insignificant situated inside the massive advance of energy that everyone else on board paid a lifetime of 401K savings to witness.

I’m talking about inert matter. Those pinpricks of light that mimic motion, but whose movement is an optical illusion: running in circles, dancing in place, and bumping up against imaginary walls. As everyone else on board focuses on the obvious, I’d be able to drill down a little deeper. But only because I’ve been there. Stuck. In motion, but not really going anywhere.

Looking back at my adult life, it’s easy to categorize it into a series of phases.

Don’t look at my body. Look at my soul. Image via http://www.girlsguidetoparis.com 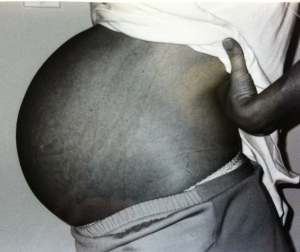 That’s not me. OK it is. On the verge of birthing an alien.

I’ve always considered myself fairly stealth, able to move seamlessly in and out of various roles at-will to the beat of a metronome perfectly synchronized to my tune. But about three years ago, on the cusp of my 40th birthday, everything changed. For someone who’s always been confident enough to chart her own course, I suddenly found myself drifting. I was lost and knee-deep in the weeds without a compass, while a storm of my own design grew larger than it appeared in my peripheral view.

Somewhere between my career and the kids, buried in a pile of laundry or possibly lurking inside a box in the basement that I hadn’t opened for years, I lost my perspective and appreciation for the life I’d so carefully built. I don’t know how it happened, but it felt like I simply woke up one day yearning to be anywhere and anyone but who I was. Confused, I couldn’t seem to recognize the woman looking back at me in the mirror when I washed my face every night. 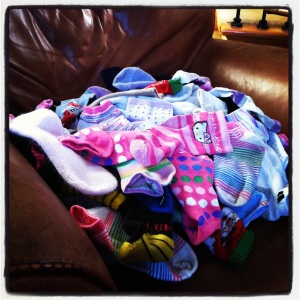 It’s easy to get lost in a pile of socks.

I was that person who, although constantly in motion, wasn’t actually moving. Busy with my responsibilities as a parent and a wife, I had somehow forgotten about the inner workings that support the common denominator between the two, and then the kids went off to school, and could tie their own shoes, and make sound decisions without being told how, and I realized that I had unintentionally parked myself on an island and hadn’t taken the time to learn to swim. Even in the middle of paradise, isolation is lonely, and days on end of the most beautiful sunset somehow lose their color. Things that shine on the surface, like the tiny balls of energy you might see from outer space, sometimes look entirely different from the inside out. 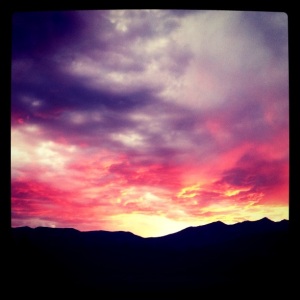 When you’re stuck, you’re forced to stop. You don’t have a choice. And then when you’re ready to move forward, you have to look around and figure out where you want to go next rather than simply allowing the tide to sweep you along. That initial inertia and subsequent plotting of a new path has great value, even though in the moment it feels miserable, like treading water in quicksand.

One of the side effects of getting lost is the unexpected places you get to visit on your way to a new destination. Like for me? Writing. This blog is a direct result of a yearlong, step-by-step, rocky hike on a circuitous path. And I’m still going. I’m a constant work in progress, but I’m now comfortable with my ever-changing state of being because I’m doing the work to figure out where I want to end up. Plus I reserve the right to change my mind, which is a great back-up plan when all else fails.

I believe that in life, we all get stuck at some point. Whether it’s due to things like divorce, disease, death, or distraction, almost everyone loses their way. Sometimes we have to move backwards to go forward, or hit a bottom so hard that the force of impact acts like a catapult up to the top, but the a-ha realization at the end, when lessons are learned and intersecting lines actually connect, is priceless. It isn’t easy, but almost everything worth accomplishing in life is born from some type of hardship or loss. So what about you? Are you simply in motion or are you actually moving? It’s a question worth asking, even if the answer isn’t what you want to hear. 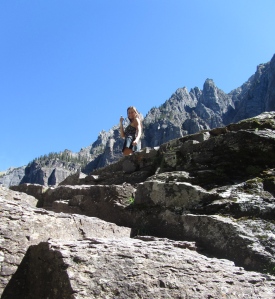 Taking the road less traveled and finding my way.

73 thoughts on “How Do You Move Forward When You’re Grinding All Your Gears?”