That’s right, March Madness is here, and with it, your chance to skim a billion dollars right out of Warren Buffet’s polyester pants by creating a perfect NCAA tournament bracket.

Who needs a bitcoin when you have a million freaskishly huge bags of cash? Image via gstatic.com

Everyone knows that with the right guidance and a lot of tequila, a billion dollar bracket is yours for the making. Because Gemini Girl likes winners (and pretty people with shiny teeth) I’m here to show you a foolproof method to do something considered statistically impossible by everyone at Berkshire Hathaway, Yahoo, and His Emperorship, USSR Czar Vladimir Putin (er, I mean President of Russia and someday soon, the world).

“I pick Republic of Florida to win tourney, then I get on boat, invade nude beaches, and steal most happiest place on earth for Mother Russia!” Image via businessinsider.com

Everyone thinks bracket rankings are meaningful, but Gemini Girl says don’t believe the hype. Just because Florida’s only been to the tournament once (1 Florida) and Coastal Carolina’s been, like, sixteen times (16 Coastal Car.) doesn’t necessarily mean the Coastal Chanticleers should be in your final four. Why? Because their mascot is from Chaucer’s Canterbury Tales and everyone who took A.P. English knows that book blows. Any team represented by a Middle English rooster is a guaranteed first round loser, plus, the only mascot I’d ever put money on is Smeagol.

Not the cheerleaders, the school with serious cash on hand. Cheerleaders are athletes too so stop laughing.

Anyway, everyone knows that in order to build a successful college basketball program, you have to provide recruits with a lot of Benzies, babes, and weed. Not every deep-pocket donor feels comfortable carpooling to the local strip club with a freshman phenom though, and that’s where an institution’s endowment really comes into play. According to Forbes magazine, Harvard has more money than the entire GDP of the USSR (we all know that’s exactly where Putin is going, so don’t be a hater).

“First I take Republic of Mickey Mouse then I sneak up lazy river to take capital of U.S.A…Las Vegas!” Image via businessinsider.com.

If you ask Gemini Girl, deep-pocket donors = recruit lap dances = Letters of Intent  = guaranteed Final Four appearance. Get it? All those math majors who think anyone cares about their groundbreaking algorithms can suck it. Combine Harvard’s greenbacks with the fact that they’ve appeared in the tournament twelve times (12 Harvard), and you’ve got a combo that’s screaming final four.

This dude loves throwing cash around at Juicy Lucy’s, but don’t tell the Tea Party I said so. Image via datingolders.com.

When in Doubt, Go to Your Happy Place

Sometimes the NCAA men’s selection committee throws everyone for a loop and chooses a team no one’s ever heard of, like Nebraska, probably because Warren Buffet paid them all off. A lot of people don’t realize it’s even a state, and since most guys I know cut geography in high school to go smoke weed with the freshman basketball phenom, things can get a little confusing when trying to make winning first round picks that include areas of the country which might not even be real. 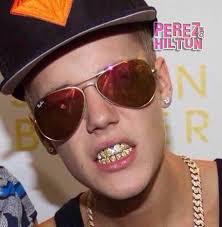 Not a basketball phenom. Image via perezhilton.com

In order to maximize efficiency and minimize the likelihood of the dude in the cubicle next to you who wears a Dennis Rodman Bulls jersey to work, like, every day calling you a poser, use Gemini Girl’s Word Association Tool to make perfect first round tourney picks.

So there you have it. As soon as you gather all of your well-endowed friends at a random happy place to buy a winning lottery ticket you’re pretty much guaranteed a perfect tournament bracket. But please, don’t tell anyone that Gemini Girl gave you the winning edge. Tell everyone. Then cut me in on 15% of your pre-tax earnings and get me an autographed picture of Warren Buffet (but if you have to use the Word Association Winner tool in an either/or scenario, I’ll take the cash).

If you’d like to find the closest strip club to your office, go here: Don’t tell my girlfriend!

If you think Nebraska is ground zero for paranormal activity, go here: Nebraska is for losers!